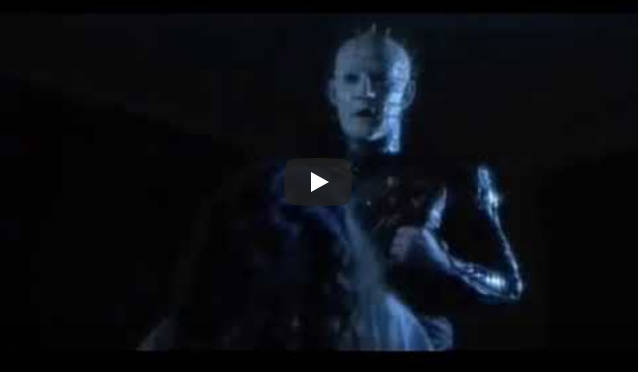 You called him and he came…. Pinhead the original Hellraiser will show you the darkest desires and perversions hell has to offer. The line “We have such sights to show you” is indeed a memorable one

Brought to you by Vidcomment.com

Hell raiser is widely regarded as a classic of horror cinema. Originally created by Clive barker as a book called “the Hellbound heart”. Barker then embarked on creating his first film Hellraiser revolving around the central character, “Pinhead”. Pinhead went on to become a icon on horror alongside Freddy Krueger, Michael Myers and Jason Vorhees. Spawning nine sequels some more successful than others the franchise is set for a reboot sometime soon with original actor Doug Bradley slated to return to the role which made him great.

Plot wise Hellraiser revolves around Frank who had inadvertently opened a gateway to another dimension and incurred the wrath of the cenobites. In a bid to escape frank seeks refuge with his brother and his wife (with whom he starts an affair) The cenobites track him down and attempt to reclaim that which has escaped them with brilliantly gory results.

this is an immensely watchable film for those who like their horror. Probably not for those uninitiated to horror films due to the level of violence. Be sure to watch this film for heaps of great one liners from Pinhead

hellrasier pinhead we have such sights to show you

An offer he can’t refuse

About the Author: admin

PAGES ON THIS SITE